Stop Drinking Bottled Water should be on everyone's list of priorities 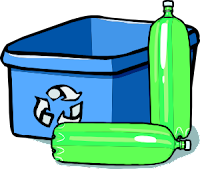 The list with things we should stop doing is long. Stop drinking water out of plastic bottles should be somewhere near the top of that list: it is easy to do, has no real impact on your life but makes a big difference to the environment.

As [Alisa] from Gismodo points out in her post Stop Drinking Bottled Water, bottled water "The reason you should boycott bottled water is because it enables a bullshit, backwards vision for society.". Not only is it stupid for your wallet, environment and possibly health (plastic bottle can release toxins in some conditions) but it also promotes an economy where it makes sense for big corporations to bottle water into single use bottles where tap water is perfectly fine.
Posted by Martin at 10:03 1 comment:

[Adam] from Gizmodo argues that we should Stop Buying Coffee Pods. They're horribly expensive and everything but green.


[Adam] received a free Nespresso coffee machine that uses proprietary pods and started buying coffee. He quickly realised his pods were not recyclable (although Nespresso has a recycling program) and that their coffee costs over 50$ a pound! I guess he'll be sending his coffee machine to the landfill now.


He's not the first one to realise this heresy and ...  frankly we should really stop buying coffee pods altogether.


Picture from Andrés Nieto Porras
Posted by Martin at 19:58 1 comment:

A very well made video describing the most probable weather forecast for France during the summer 2050. Act now!

Don't throw away your broken microwave oven just yet 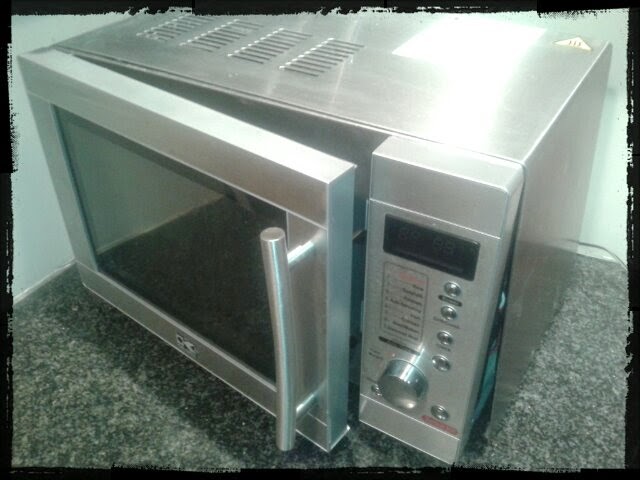 Today I tried warming up some vegetables and although the microwave seemed to work fine, my vegetables remained cold.

I then remembered that although dangerous (read disclaimer below), microwave ovens are fairly simple appliances and should be easy to fix. This is how I decided to have a look to see what I could do... and I was far from expecting it would only take me 15 minutes to fix it.

A terrible chart of the biggest global warming offenders

Who are biggest climate offenders?

The picture on the right is a representation made by the new scientist of the biggest climate offenders by country size and population based on a 2014 study.

How can this map be taken seriously? No wonder Australia (a big desert) is faring so well while densely populated countries perform poorly.

The second map is more interesting and clearly identifies the western lifestyle (and industry) as well as deforesting countries as the principal culprit to global warming.

Some additional food for your thoughts: most countries import their goods from China. Where do you think the author counted the emission caused by the production of these goods?

This is a bad news, very bad news, and not only for South Americans. El niño affects the entire world (unsure about what el niño is? check below.).

Extreme el niño used to occur once every 20 years. This will not be the case anymore. According to a study published in the Nature Climate Change journal we should now expect this to happen every 10 years.

Here are some figures of the 1997/98 extreme El Niño: it was the hottest year on average and killed 23 000 people through floods, cyclones, wildfire and food production reduction. It cost over 21 billion pounds.

[via Gizmodo, the guardian]

In two words, there is an oscillation in the world climate caused by the temperature and atmospheric pressure in the pacific. Every twenty years or so, this ocillation reaches an extreme (i.e. el niño) and causes extreme climate conditions such as storms, floods, wetter climate and reduces fish population in south America... depending on where you're standing.

El niño has many impacts all over the world, reducing snowfalls in north america, yielding cooler and drier winters in Europe, it also causes wetter or drier spells across Africa, affects cyclones as well as many other places in the world.

source and more info on wikipedia

Tonight we will be eating green beans from Ethiopia!

When we went to the supermarket yesterday and when bought these, we did not notice the country of origin.

Ethiopia is located on the East side of Africa, next to Somalia. 80% of its agriculture is exported which in turn generates employment there. This seems like a good thing, that is if the farmer gets his share.

Eating vegetables from far away comes with a couple of questions for which I would love to find some answers: